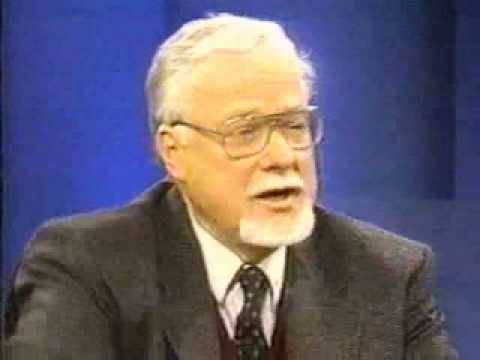 He was the founder of CODOH – http://codohfounder.com/

For many Americans, he was the introduction to a skeptical view of the Holocaust issue. In 1979, when he was 49 years old, his life changed dramatically after he read a leaflet by Robert Faurisson, “The `Problem of the Gas Chambers’.” For three months he looked into revisionist claims about “the Holocaust,” and then resolved to devote himself to countering the taboo against dissident views on this emotion-charged issue. Through his efforts in the years that followed, millions of Americans learned for the first time about Holocaust revisionism and the scholarly debate on this chapter of history. For more than 30 years he worked to promote public awareness of the Holocaust issue. In spite of privation, relentless smears and many setbacks, he persisted in this daunting effort with exemplary dedication, calmly confident of ultimate victory and vindication.

Bradley with David Cole (Stein) on the Phil Donahue Show 1994. This is in 4 parts, please see all. Historic interview.