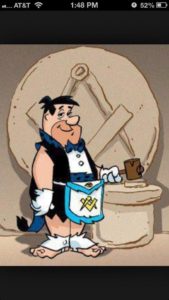 MANY OF THE “FOUNDING FATHERS” OF AMERICA WERE “FREEMASONS’

We were taught this in school.
So who the heck are the Freemasons?

What do they say there are? What do “those in the know” tell us they have done?

Up until this point of the website, everything seemed “reasonable” enough. Now things may seem to get a little “out there”. But the fact is that “Secret Societies” do exist and have a huge influence on our collective society since way back.

The rituals and powers that operate these secret societies trace a straight line to Jewish origins and operations then and now. And often the millions in their membership have no idea that they are involved in and giving their precious life blood to something that does not have their best interest at heart.

It feels so “out there” to discuss this because what they are doing behind closed doors is so “out there”. It needs to be discussed. A huge and very old system of brainwashing is at work. The members go along willingly with a system that benefits them and gives them a storyline that flatters the ego. For a sense of community and brotherhood they fall for elaborate play acting and stories they are being told. A slow and thorough brain washing is occurring to their membership is no joke and it serves the jews just like they have always designed it to be so.

All have been good people involved in bad organizations, giving their best intentions, duped by the promise of making friends in a social and service organization, they are instead humiliated, frightened and made fun of in childish rituals, then made to do unspeakable things on behalf of their “order”. Again, these “orders” and cults are known to have been created by Jews, directed by Jews, and clearly in service only to Jews.

Members are threatened with death every step of the way if they fall out of line. Keeping their secrets is the strictest demand from beginning to end.

That right there should alert us that something is very wrong with “secret societies” and shows us that these are cults that re-program the minds of the members to serve a darker element. And the source and the controlling element goes right back to the Jews.

So that said – Keep in mind that these organizations are “Out There” but the discussion of them here is a vital key link to what this inquiry into the Jewish influence is all about.

The deeper we dig the more bizarre it gets. What they do to control knows no limits. If it works, they do it to us.