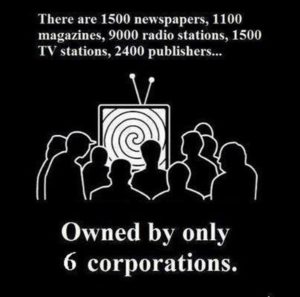 Most of what we know about History we learned from Hollywood. That right there should scare you.

Our Collective Imagination is shaped by the Jews who run Hollywood.

It is in no way an insult to say that they own Hollywood. That’s quite an achievement, and they do brag about it openly.

ARTICLE – Read this little known history that it was a Non-Jew who had a huge influence on Hollywood in the beginning, but it was stolen from him by Jews he trusted.

It’s common knowledge that Jews run Hollywood. But how did that happen? I originally found out about this through Wikipedia, then later the Wiki page was completely re-edited and garbled to hide the fact of the hostile takeover of Hodkinson’s “Paramount Pictures” by the Jews he trusted. I found this article elsewhere that covers the main points, but there’s more to be revealed about how Hodkinson’s pioneering companies were basically stolen from him by what was to become the now famous Jewish Hollywood Elite. Precious few entries can be found through Google for “the man who invented Hollywood” and the list ends with the often repeated tagline: “Some results may have been removed under data protection law in Europe” … Not one word on YouTube. Keep digging around.

Here is the link. I have cut and pasted it below…

by J. A. Aberdeen

I have called William Wadsworth Hodkinson, “the Man Who Invented Hollywood” knowing that a more correct title would be — the Man Who Invented the Business of Hollywood. Remembered today as the founder of Paramount Pictures, W. W. Hodkinson’s accomplishments would place him among those individuals who have had the deepest influence on the development of the movie industry. Practically single-handedly, W. W. Hodkinson changed the way movies were produced, distributed, and exhibited. His reforms during the early days of the film industry provided the prototype for all major Hollywood studios.

The Hodkinson system of distribution brought about the shift in power from the Edison Patents Trust, and facilitated the transformation that would eventually make Hollywood the center of American film activity. During the pre-studio era (before the fall of the Edison Trust in 1915), movie releases were generally handled in one of two ways—either by states rights or by road show. But the methods proved ineffective for wide-scale feature distribution. Though not technically a producer himself, Hodkinson was nevertheless a film visionary who revolutionized the business with a distribution masterstroke that became standard practice.

William Wadsworth Hodkinson opened his first film exchange in Ogden, Utah in 1907, at the age of 26. Within a few years he became Special Representative to the General Film Company representing the Motion Picture Patents Company in Salt Lake City and Los Angeles. He envisioned a nationwide distribution structure that would make states rights obsolete, and provide profit-sharing with producers to encourage filmmakers to concentrate on higher quality films that would yield higher box office.

The Hodkinson system was essentially distributor-financed film production. Under Hodkinson, the distributor would provide a cash advance to an independent producer to cover the costs of producing each feature film. The distributor then received the exclusive rights to the finished movie, using a network of exchanges to control distribution and marketing, and even offering to pay for the producer’s film prints and advertising. Hodkinson kept 35 percent of the box office as a distribution fee, and gave the rest of the profits back to the producer. Hodkinson discovered that by financing film producers, the distributor was guaranteed a steady stream of high-class pictures without ever having to operate a film camera, while the producers themselves realized far more profit than they would under the states rights system. The Hodkinson distribution system proved so advantageous for all involved that, with slight modification, it has remained in full practice in Hollywood to this day.

In April 1911, Hodkinson began to implement his system by reorganizing the San Francisco area for General Film. The test market generated fantastic results, but in 1912 W. W. Hodkinson encountered resistance from the Trust which refused to enact his new procedure in other regions.

In November 1912 he made two comparative charts “predicting, in one chart what the future of the picture industry would be, especially that of General Film, if my methods were adopted nationally; and what would happen if they were not.” He traveled to New York, for a frustrating encounter that extended until February. San Francisco representatives sent telegrams in favor of Hodkinson’s reforms. He persuaded two leaders of the General Film Company, but his policy was refused by the Patents Company members as a whole.

During this trip to New York in late 1912, Hodkinson established ties with some of the important independents including Adolph Zukor, who was then struggling under the states rights method, and was the kind of producer who would benefit greatly by this new distribution procedure. In May 1913 the president of General Film, under pressure from the Trust members, rejected Hodkinson’s proposal, and even asked him to undo his successful San Francisco reforms. Hodkinson declined “knowing that it would mean my dismissal from my position—which it did.”

Hodkinson formed the Progressive Company, a west coast-based operation that distributed films for a number of independent production companies like the Famous Players Film Company (formed by Adolph Zukor in 1912) and the Jesse L. Lasky Feature Play Company (founded in 1913 by Lasky, his brother-in-law Samuel Goldfish, and first-time director Cecil B. DeMille).

The Formation of Paramount Pictures

Hodkinson decided to expand his west coast business into a national organization in early 1914, but discovered another east coast company with the same name as his own Progressive Pictures. When he went to New York in 1914, he changed his company’s name to Paramount Pictures—allegedly searching through the P-section of the phone book for another alliterative name, and sketching a new company logo himself on a pad of desk-blot paper. Paramount Pictures, Inc. was organized on May 8, 1914. One week later the three most important producers, including Zukor and Lasky, signed five year contracts to distribute their films.

Hodkinson claimed that the producers initially considered Hodkinson’s new distribution method foolish—and entered into the long-term five-year deals before they discovered the ingenuity of Hodkinson’s unconventional selling approach. The producers then realized that under Hodkinson’s plan, the distributor was in a far more powerful position, controlling the sale of the films, and taking its distribution fee before the producer. Though the producers were far better off than they were under states rights, they resented the amount of profits they shared with the distributor. This tension between the producers and distributors became one of the fundamental conflicts for the SIMPP independents in later years. And even though Zukor himself was once an independent producer on the losing end of an unfavorable distribution deal, he seemed to harbor no sympathy for the next generation of independents who struggled as he had before he become a tycoon.

Zukor even tried to get out of his contract once he realized how effectively distribution controlled the film market. W. W. Hodkinson, as president of Paramount Pictures, refused to release Zukor from his contract. Zukor, after he had been humiliatingly rebuffed, confided in Jesse Lasky. “The man has ice in his veins,” Zukor said of Hodkinson. So Adolph Zukor devised a plan, involving his friend Lasky, that would turn the tables on Hodkinson.

Only one year into his five-year contract—and desperately wanting out—Zukor surprisingly renegotiated a new 25 year deal with Paramount on March 1, 1915. By May, Zukor and Lasky had sold a 51 percent interest in their production companies to Paramount Pictures. This made Zukor sneakily subordinate to Hodkinson’s Paramount; but it also made Zukor and Lasky cash-rich franchise holders, and opened up a newly extended line of credit that allowed them to secretly accumulate Paramount stock.

Within one year, Zukor and Lasky together acquired a majority of the capital stock of Paramount Pictures, Inc., and ousted the Hodkinson regime. New directors were elected, followed by the forced resignation of W. W. Hodkinson and his treasurer Raymond Pawley on June 13, 1916. Zukor instituted his own president Hiram Abrams as the new head of Paramount. On July 19, 1916, Zukor and Lasky merged their companies with Paramount, and created the Famous Players-Lasky Corporation, a $12.5 million producer-distributor—the largest film company at the time.

Hodkinson, who did not completely sever his ties with Paramount until 1924, had always advocated the complete separation of production, distribution and exhibition. After the coup at Paramount, Hodkinson remained active as a distributor, forming Superpictures Incorporated in November 1916 with Raymond Pawley. He also served as president of the Triangle Distributing Company before leaving to form the W. W. Hodkinson Company, later reorganized as Producers Distributing Company. PDC, which lasted until 1929, played an important role during Cecil B. DeMille’s short-lived but ambitious plans as a full-fledged independent filmmaker in the late 1920s. Hodkinson later served as an airplane manufacturer, then as a commercial aviator in Central America until a series of accidents forced his company out of Guatemala in 1936. Over the years Hodkinson made occasional appearances in the industry, protested vertical integration throughout his life, and died in 1971.