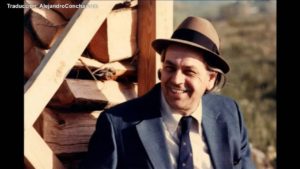 Some aspects of Mullins work, critiques Jewish chauvinism and Jewish supremacism to a degree. For instance in 1968, Mullins authored a piece entitled The Biological Jew. It explains the German-Jewish ethnic conflict during the 20th century as such, “National Socialism is simply this — a proposal that the German people rid themselves of the parasitic Jews. The gentile host dared to protest against the continued presence of the parasite, and attempted to throw it off.”

The same work also covered aspects of Jewish ritual murder, for the use of Christian blood in religious ceremonies and that this practice represents the essence ofJudaism. Mullins claims this historically was one of the main causes of opposition to Jews in medieval Europe. Though some Jewish experts on the subject such as Ariel Toaff, son of the Chief Rabbi of Rome, claimed in Passovers of Blood that it was simply an Ashkenazi practice. In any case, the Jewish-freemasonic group, the ADL of B’nai B’rith has attacked Mullins.