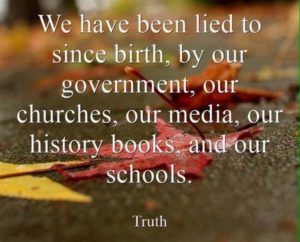 This is an important continuation of the conversation that was touched upon in the “Welcome” page. Here we’ll dig more deeply into the Social Structures and how the “Controlling Elite” do what they do.

We are going to elaborate on the main items on the list to point out the fact that Jews are in control of all of the major systems in our society, which coincidentally, are all running afoul and are causing deep pain in the collective human psyche.

Here are Some of the “SOCIAL SYSTEMS” that Control Everything:

So… Welcome to Today…

THE INTERNATIONAL BANKING SYSTEM IS COMPLETELY CONTROLLED BY JEWS and their employees. It would seem that the verge of yet another global economic hiccup. Or they’re at least dangling the threat of it over our heads. But no banking disaster, depression or recession, is ever an ‘accident’. Such things are always methodically planned out well in advance. So at the highest levels, who’s really pulling the strings?

THE NEWS MEDIA IS COMPLETELY CONTROLLED BY JEWS and they’re employees. We know that the well paid news reporters don’t always get the facts straight. But at the top, who are the “story tellers” that want to mislead and misguide us? We’re being lied to. Those we had trusted to inform us, have betrayed us. And have always been paid to do just that. We need to find the true agenda that is hidden from us, and who do the paid liars really work for?

THE ENTERTAINMENT CORPORATIONS ARE COMPLETELY CONTROLLED BY JEWS and they’re employees. We have to admit that most of what we know about history and nearly everything else, we have learned from Hollywood. And strangely enough, our collective awareness of Who We Are and where we’ve come from, is often based on the thousands of movies and TV shows we’ve watched. And if we really thought about it, wouldn’t one of the most important things to have influence over (if you really want to control people) be the “Entertainment” which we give half our lives to consuming?

And these wars are all strategically for the benefit of Israel.

That there is a deliberate and well-orchestrated control over human civilization from the top down, can be kind of creepy to think about. And to think that you and everyone you know is also under its spell is even creepier.

At this point in the conversation, this sends the “Fraidy Cats” running out of the room and away from any honest inquiry. They may even poo-poo it because it’s just too freaky for them to handle. Fine. We’re here to save them too.

But please stay with us, because, our very lives depend on the brave and honest examination of WHAT THE HECK IS REALLY GOING ON HERE?

Let’s ask ourselves again, what are some of the major influences upon our human society? What are the basic structures that directly control and influence us the most? Who controls the world? And if we don’t know that answer, we’d better find out fast.

If you have these sewn up, you’ve got global control in the bag.

The first is the most important controlling element in the world today. Life on earth is completely dictated through ECONOMIC CONTROL.  With that they can make war, topple nations and commit mass atrocities. Those who control the Banks have absolute power over all of us. Looking for the answer to who controls life on earth, must start with the question:  Who controls the banks? And they are all Jewish… and their employees.

THE MEDIA. This is the business of guiding public opinion (our opinions) any which way they choose. To manipulate our opinions skillfully is how they get whatever they want. What they have is power over us, we gave it to them by believing the lies they told us through the news media. We used to believe what we were told, because why would anyone want to lie to us? But we learned that lesson.

It only takes a few powerful people, behind the scenes, to do exactly what is being done to us now. And a few hundred thousand of their closest friends. Let’s look…