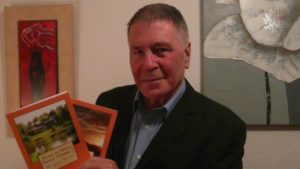 Mike (Michael) Walsh is an author, poet, historian and lifelong activist. He has authored 40 book titles and ghosted as many more. His ten truth books on the Reich are the most popular of the Mike Walsh library of European thought.

Mike Walsh is a regular broadcaster, especially on U.S networks. In the past he has debated on British national television, ITV, ITN and the BBC; also local radio stations and U.S. radio broadcasters.

Mike Walsh’s masterpiece has undoubtedly been his four volumes WITNESS TO HISTORY set of books. He says, “I wanted just one title that would truthfully chronicle the Reich from 1914 – 1950. My purpose was to create one title that would effectively torpedo the victors’ propaganda that has defamed National Socialism, protected Bolshevism, and censored information relating to Wall Street’s partnership with Bolshevik Russia.