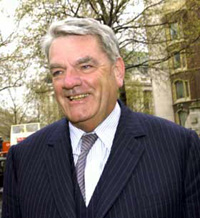 David Irving, the brilliant and controversial British historian, is the author of numerous books on military history and World War II, including several international bestsellers.

On November 11, 2005, he was arrested during a visit in Austria for the “thought crime” – committed in 1989 (!) – of having referred to “mythical” gas chambers at Auschwitz . Denied bail, he was held in jail until his trial on February 20, 2006, when a court in Vienna sentenced him to three years in prison for having “denied the Holocaust.”

In the aftermath of the trial, newspapers, political leaders and intellectuals around the world spoke out against the sentence, as well as against the laws in Europe under which he and other dissidents have been imprisoned and fined for “Holocaust denial” (The only voices of approval were the predictable Zionist ones.)

While Irving is perhaps the most prominent “thought criminal” in the western world today, his case is by no means unique. In several European countries, as well as in Israel, “Holocaust denial” is a crime. The list of those who have been imprisoned, fined or forced into exile for expressing skepticism about the official Holocaust story is a long one, and includes Robert Faurisson, Roger Garaudy and Georges Theil in France, Siegfried Verbeke in Belgium, Jürgen Graf and Gaston-Armand Amaudruz in Switzerland, and Günter Deckert, Hans Schmidt and Fredrick Toben in Germany .

Enjoy his many videos on YouTube and other information about him. One our most highly esteemed researchers.

This is a MUST Listen…